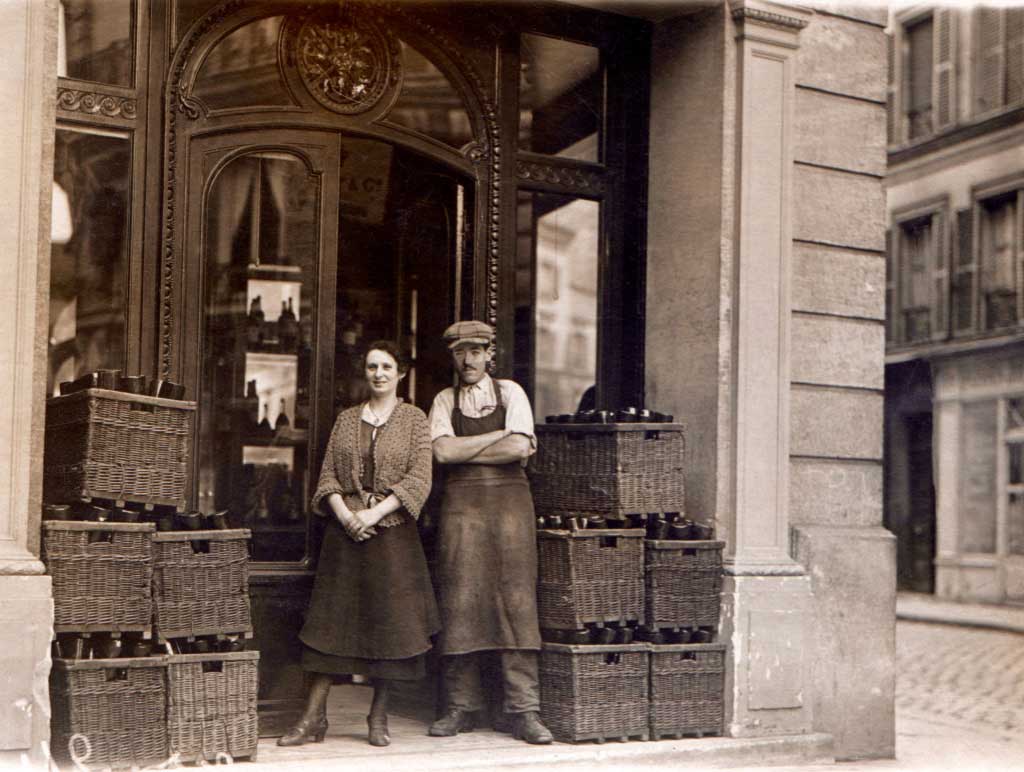 The boutique is open Tuesday to Saturday from 9:30 am to 6 pm.

Like every shop, In Vino Gildas has a specific history, reflecting a passion for wine for generations.

Granny Germaine, Gildas Royer's great-grandmother, was the first in 1924 to open a wine shop on Place Saint Charles in the 15th arrondissement of Paris.

It is with this same ambition that Gildas created its Vinothèque in 2008, established in Luxembourg, as an exclusive, authentic place recognized by lovers of good wines. Events and tastings are regularly organised, in a public or private capacity by companies or for special occasions.

You will be able to discover wines but also spirits, dishes, glasses and accessories. The wines in this case are imported from 17 producing countries and more than 55 winegrowers are represented in the Vinothèque.

Following recurrent customer demand, the "The Safe" was created in 2018. In Vino Gildas can thus offer its customers the opportunity to store their wines in a trusted cellar and close to the shop.

11 years younger, Anthony joined Gildas in 2010 after having made his debut in the hotel and restaurant business as Maître d'Hôtel-Sommelier.

Anthony specialises in the Primeur campaigns of the Grands Crus Classés de Bordeaux and accompanies Gildas on visits to the vineyards and the daily life of the boutique.

Our whole wine selection results from personal and privileged relationships with carefully chosen producers from which we buy directly.
The wines we offer originate from traditional and reasoned methods of distribution and winemaking. "In Vino Gildas" insists on close and long-term partnerships as well as developing its specific touch by specializing in certain niches unlike most common chains of wine retailers.
Our cellars offer a selections of about 500 references from 17 countries.
In Vino Gildas also specializes in the distribution of Bordeaux "Grands Crus Classés".

Tastings take place on a regular basis at the shop. So far on average we organize 50 events per year. Most of them are open to the public via prior online registration. Feel free however to contact us for private and corporate customized events at our shop or other locations.
Thanks our combined experience we offer group events based on special thematics - such as "Mountain Wines", "Old vines”, "Schist Wines", "Wines and Winds"….and more - during which each participant will acquire a better and more global overview of the diversity of winemaking.